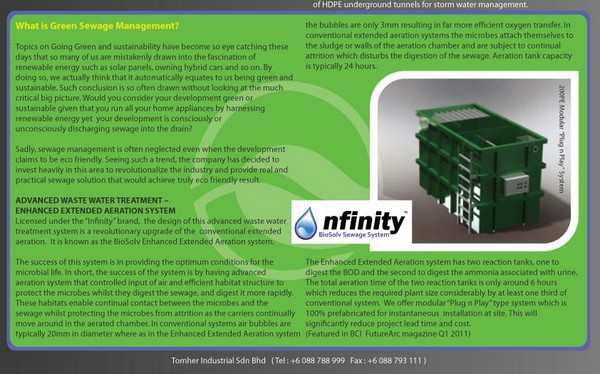 “Recently though, a new system is introduced in Southeast Asia by Tomher Environmental Sdn. Bhd. – the enhanced extended aeration processing system, known as the Infinity Biosolve. The Infinity Biosolve system is a combination of technologies developed in Europe and America. By concentrating on providing optimum conditions for microbial life, the system is more efficient and is able to digest sewage in a quarter of the time of conventional systems. This means it is a lot smaller, and is designed to be far simpler to run than standard systems. The system is also flexible so that it can be customized to each site and brief. Most importantly, it digests sewage to a higher level than current systems and removes virtually all pathogens…  the effluent typically has a BOD of 5mg/BOD and 15mg/l SS (suspended solids). This exceeds Australian and European standards, as well as those in Southeast Asia.” 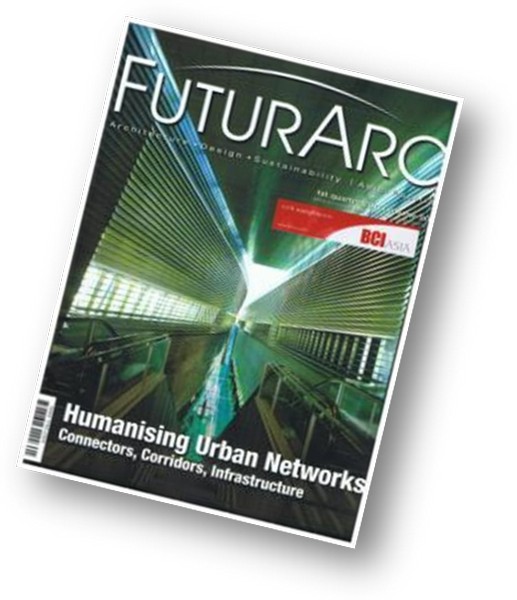